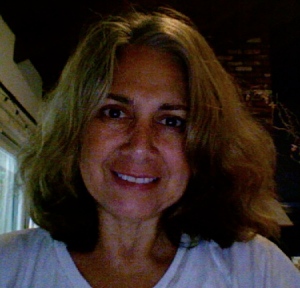 Creating a character’s depth, by creating a history for the character can not only build the character, but can provide story-lines and future story plots.  Getting to know a character, becoming intimately acquainted with the character, can lead to the discovery of history, secrets, and knowledge of the character’s friends and family.  The Stepping Stones technique, writing the 12 most significant events in a life beginning with birth and ending with the current time, just might provide useful when getting to know myself too.  This blog, being a sort of self-exploration, allows me the luxury to try these writing techniques out using myself as a character guinea pig.  So here goes, the 12 most significant events in my life:

1.  I was born to my loving parents in New York.

2.  My parents divorced and my mother, sister and I moved to Los Angeles (mom’s hometown).  I lost all contact with my father.

3.  Mom got a job at Camp Kinneret and we got to go to summer camp.  I learned to love the outdoors and is spurred my creativity with song and art.

4.  My mother remarried and we got a real father.

5.  My Aunt Joyce died of breast cancer and because our families were so close, this had a huge impact on us all.

6.  Established friendships within my neighborhood and spent lots of time roaming the neighborhood, riding bikes, and in general “hanging out” which provided a lot of freedom.

7.  Met my best friend Sandy in 7th grade and was lucky enough to know the devotion of a real best friend.  Sandy’s mom remarried and they moved to Hawaii.  Another loss.

8.  Started College at Valley College and became independent and found the love of learning.   Began working and found the freedom of earning some spending money, making new “work friends” and trying out different jobs. Moved away to UCSB and loved the life of a college student living by the beach and trying out all sort of different classes.

9.   Met Gary and began the relationship that became my marriage.

10. Became a mother of three daughters.

12.  Lived through the hardest period of time in my life and am just beginning to surface.

Well, this exercise was insightful, but I think 12 significant life events is not enough.  I began teaching in 1979 and have had a lot of significant experiences related to teaching for I could not fit in all of the really significant events and didn’t even have space for a huge one, the beginning of my teaching specifically at Topanga, in 1993.  This is an event that really dramatically changed the direction of my life.

So how complicated are characters?  I think I am pretty simple, but perhaps that simplicity has emerged from the complexities of life in general.  This exercise does make me reflect on the real landmarks of my life though and does put into perspective the relatively insignificant little daily annoyances that we generally blow up out of proportion. History is an ever-evolving story because in fact, the events of yesterday become part of your history as soon as you wake up the next morning.  Thinking of life that way, of a revolving series of events and circumstances, some permanent, some a transition is helpful when attempting to look at the big picture.  The big picture made up of lots of little events.

Yesterday I got a spiffy new haircut at a very reasonable price at Fantastic Sam’s and though it is layered and shorter than I had first intended, this morning I woke up feeling fresh, energetic and perky, the only adjective I can think of to describe the feeling.  So maybe significant events can be boiled down to lots of little life-altering events that change your mood, your perspective or your outlook, because, after all, how we approach life in turn influences the significance of our life.

4 responses to “Build a History”