Last year, in the spring, my favorite time of year, I was shocked into retreat. I became a small newborn shell of the person I was, lost and stagnant and felt like a little caterpillar egg, waiting to hatch and to become something new and different. My prior life was suddenly gone and I had no frame of reference, so, I stayed in the safety of my egg, waiting.

After a few weeks I came out of my egg, more by force than by choice. There was nothing else to do but to emerge, look around and see what I was facing, so I did. I began to look for familiar things, yoga, the beach, work of course and the children. I looked for friends and family and for ways to occupy myself. I resided in the familiar, but everything was different now.

As small as a caterpillar, I crawled along, nibbling from the familiar and attempting to try a few unfamiliar things too. I traveled alone, I traveled with my daughters and I connected to everyone I could. I found out who my true friends were-the ones who stuck around and cared. I rediscovered the importance of family and traditions and I found joy in my new granddaughter. I wrote more, read a lot, found strong roots in feminism and awareness. 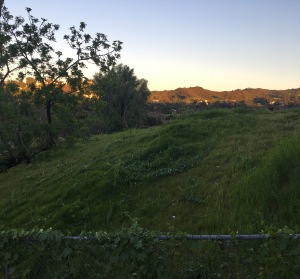 I grew and became more than the small egg and more than a small caterpillar crawling along alone; I became bigger. I was still me, with my sadness, insecurities, and fear of this new, unknown life and though I had new experiences that felt good, the winter brought cold and darkness and it was hard to find any light. I retreated.

I spent the winter in the cocoon of my routine, the security of my home with cozy fires and getting inside out of the darkness. I spent weekend mornings in the safety of my flannel sheets and most nights with the company of the television. I waited for Gary to walk through the door but of course he didn’t. I stared at his collection of cars, his clothes and it seemed surreal, the magnified sadness of the winter only kept at bay by keeping busy. 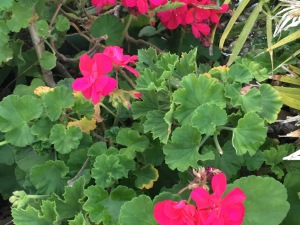 Then, last week, the rain stopped and I saw the first lupines and poppies blooming in the Canyon. The birds once again wake me with their songs and sit on the wires in pairs, some building nests in the lavender bushes. The hills are lush green from the heavy winter rains and the trees are filled with buds. I feel comfortable beginning to nibble my way out of the cocoon, or at least a bit of the way out. I am not quite ready to emerge, my wings still wet and new, but I can imagine flying.